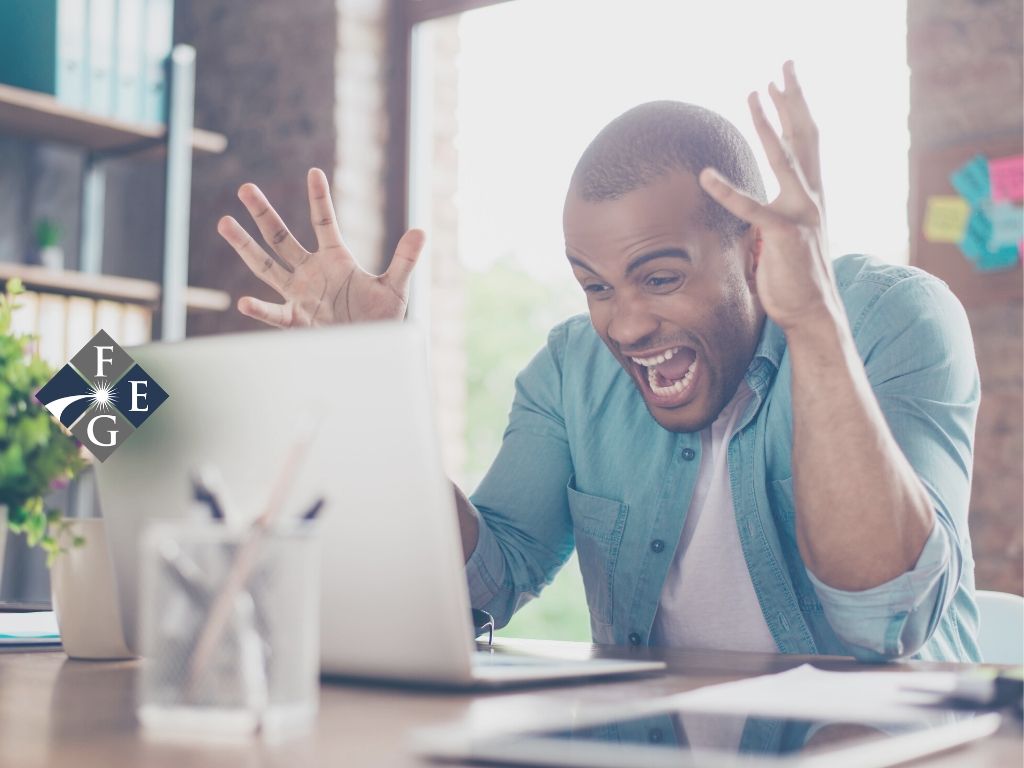 Stop With The Headlines

Headlines cause people to stop, take notice, and read. Headlines sell newspapers and get clicks online, but do headlines control your retirement accounts? The evidence says yes. Headlines drive markets.

The current economic crisis has been driven by fear and caused the fastest drop in history. The fear and uncertainty are real. This will not be another conversation over a virus we don’t understand.  This is about the market response.

There are many arguments for the speed of the drop. My belief is our predisposition to believe that the more we read something, the more we think it is true. Rewriting headlines while telling the same story is not new information. Whether it is newspapers, social media, or television, all things point toward a pandemic and economic shock.

Sentiment Trader does excellent research on investors’ attitudes or sentiment. A recent posting by Bloomberg addressed the market response after the attacks on September 11. The headlines were immediate, scary, and filled with uncertainty, and the stock market fell precipitously. It eventually began to rise again.

As news articles mentioning “Terrorism” headlines began to reduce, the market started to climb. The chart showing this is pretty compelling, but did it just happen to be similar in timing?  We don’t think so. 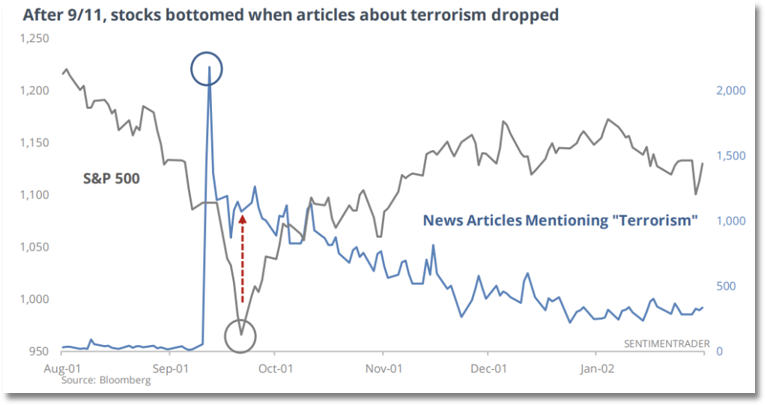 In 2009, stocks hit there bottom when news articles mentioning “Foreclosure” or “Depression” declined.  That may seem overly simple, but negative news loops feed on themselves.  Sometimes we just have to turn it off.

You will not be surprised to learn that articles mentioning the word “Virus” are still on the rise. One story builds upon another to add more uncertainty, and markets don’t like uncertainty.

How the economy deals with state shutdowns and the rising probability of a looming recession is unknown. The market has shown its reaction by falling more than 30% from the highs in February.  But the drop in share price is not equal.

What you own matters.  We tend to get caught up reading the headlines that talk about significant point declines (that is why the news media talks about the Dow representing just 30 companies more than the S&P500. The point moves are more substantial, more alarming, and clearly grab your attention.)

The headlines will continue to be unnerving.  We all want clarity and need to know how to protect our health. But to protect your retirement accounts, you may want to reduce the intake of the news cycle. If headlines can move the emotions of professional traders – and they do – then you need a process to defend yourself from emotional responses.

James Clear, the author of Atomic Habits, reminds us that “Success is never dependent upon one thing, but failure can be,” Emotional responses to headlines can be that one thing that destroys your retirement.

PrevPreviousOur Thoughts On The Volatility Hitting Fixed Income Markets
NextWhat is the IMF and Why Does it Matter?Next