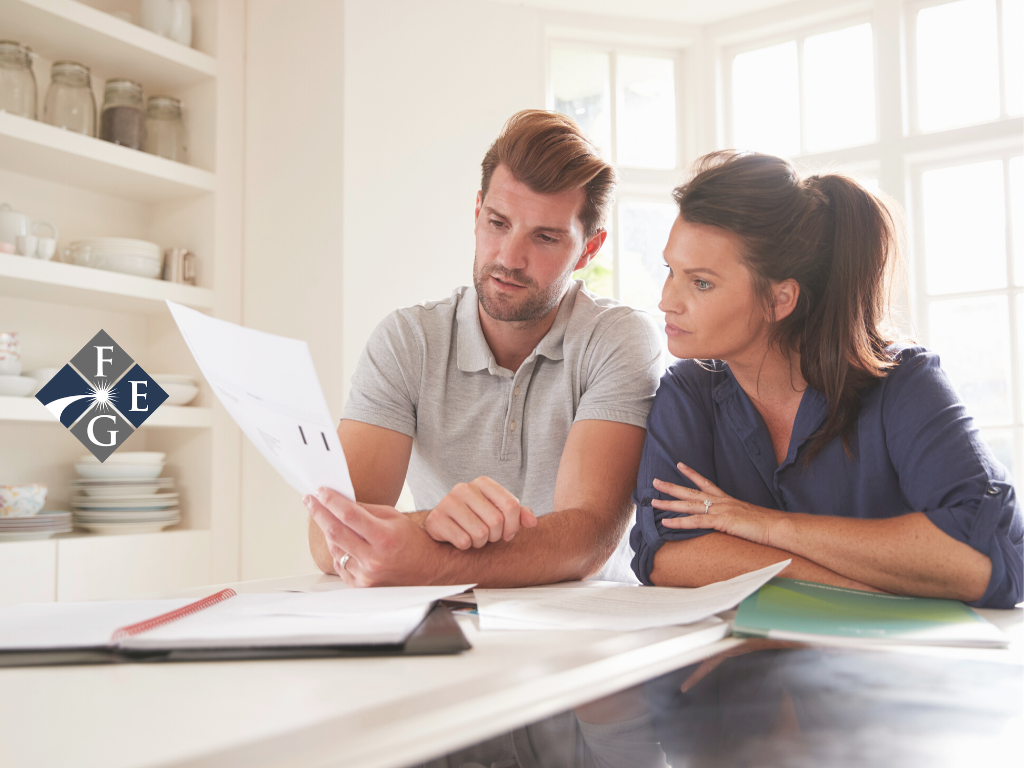 Our Thoughts On The Volatility Hitting Fixed Income Markets

Earlier this year, I opened up and talked about my personal path and how I got here. A few weeks later I ask just where in the hell “here” is. On one hand, consider me thankful for being four decades ahead of the curve on social distancing and also thankful for living in such a geographically sparse location.  But we are far from excluded from the pandemic, all the associated concerns, and undoubtedly just days away from confirming that state of Indiana is infected with the virus from corner to corner.

You all know where we are with stocks, so I will skip right over that (this was never intended to be an outlet to keep people posted on financial market status, but rather what is hopefully some helpful context from time to time from my view of the financial world). But, beyond the carnage in the stock markets, I point you to what has transpired in the market for government inflation protected bonds.  This sleepy little corner of the market paints the gloomy picture of what financial market participants have come to project.

Investors have two choices when purchasing a government bond.  She can buy one that is completely fixed in nature or one that is protected from inflation (but the cost of that protection is a smaller interest rate).  The difference between these two rates provides a pivotal piece of information (called the breakeven spread) for financial market participants, including the Federal Reserve which watches it very closely. 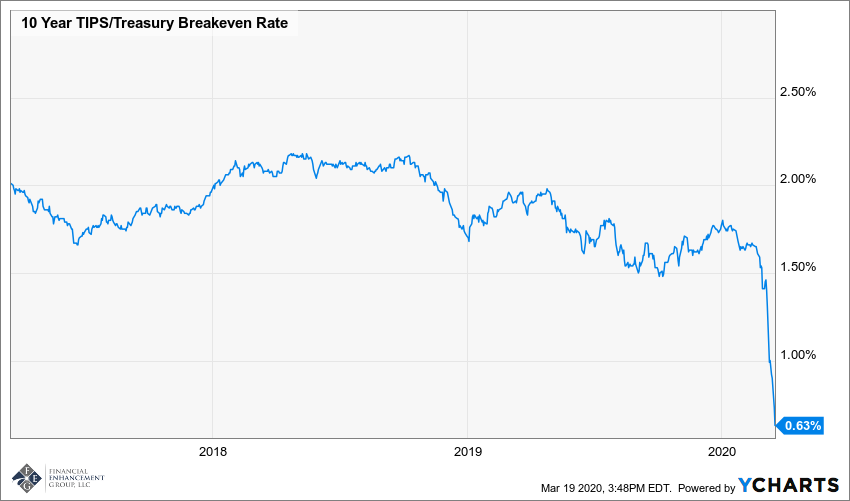 As you can see in the chart, this figure has had a recent tendency to be in the vicinity of 2%, which should make sense, given that actual inflation rates have also been in that territory.  But the recent bloodbath in markets has taken break even spreads to nearly 0.5% at one point.  This suggests that the market has come to forecast an inflation rate of 0.5% for the next 10 years.  A projection that is so startling because it is almost 1% lower than any rolling 10-year period in the post WWII era!  This harsh view gives ample motivation for the Fed to do whatever it takes (including adding zeroes to the stimulus checks coming) to at least restore those expectations.

It’s a devastating blow to have such a stark mentality. And here is the essence of why: the mentality itself can slow things down.  A large chunk of how we measure inflation is going to be comprised of things that are for the most part stable and consistent risers (cell service, health care, housing, utilities, etc.).  So, for the overall inflation expectation to be so low, it is signaling the belief that more discretionary purchases will be falling rather sharply (cars, electronics, etc.).  What do people do when they believe prices are falling? They wait.  What happens when people wait? A negative feedback loop commences and is difficult to stop. Again, I say, this stunning drop has the Fed’s attention (among the more immediate financial market concerns) and they will wage war.

I mentioned briefly above the words “among other things” that have the Fed’s attention, which it turns out, are no small such things.  Those concerns are the crucial facilities that function as the mission critical pipelines of our financial system (such as the commercial paper market).  I am not going to go into a deep dive into those here but if you are interested and have not yet, I encourage you to further investigate one of the many good write ups on those markets.  I only point them out to mention how crucial the Fed actions were this past Tuesday (3-17-20).

Yes, the big headlines were the big 1.5% drop in Fed controlled interest rates in the two steps taken between their formally scheduled meetings. That caught investors by surprise and their doubters are correct that the Fed can’t save us from a virus or even a recession. However, the Fed knows (knew?) that massive amounts of support are (were?) needed in the financial system from this becoming a crisis. But the rate cuts were only the appetizer. What they did Tuesday was the (five star in my opinion) main course with 2 key entrees (both essentially from precedents set in the great financial crisis).

These two actions were: a) Allowing more securities as collateral (which prevents banks from having to sell riskier stuff to gain funding) and b) By jumping all in as essentially THE bank to keep American corporations liquid and functioning.  In the coming weeks – I believe it quite likely that at least these key markets will become functional. As functional as we’d like? Time will tell, perhaps not. But I see the odds in their favor of thawing the most crucial of markets. Keep in mind this thawing, should it occur, is no guarantee to have an immediate positive impact on stocks, or the economy, but I do have a higher level of confidence that the bond market returns to normal which is needed above all else (in finance) to keep us in the game for a future recovery.

My investing thoughts from here:

Small cap us stocks: Our “safer” indices like the S & P 500 comprised of larger stocks has had its ~30% hit. But small caps have been hit even harder and were under performing entering the crash.  At present, the price to earnings ratio on the S & P 600 (small stocks) is nearing 10, a level rarely seen and last hit only briefly in 2008.  It can go lower and it can stay low for a long period of time.  But history suggests that 5 or 10 years out will reveal this as having been a great time to invest.

Dividend yields: Take the iShares High Dividend ETF (DVY).  It currently has a dividend yield that is 4% higher than treasury yields.  This also occurred in the GFC when the situation persisted for about half a year.  However, investors were eventually rewarded by having an income stream from that ETF that became substantially more by 2018 than it was in 2008.

Don’t forget steps one and two.  This is a crisis with no precedence.  It has unknowns to all of us. But you also won’t get a “save the date” in the mail letting you know when a bottom is going to occur in financial markets.