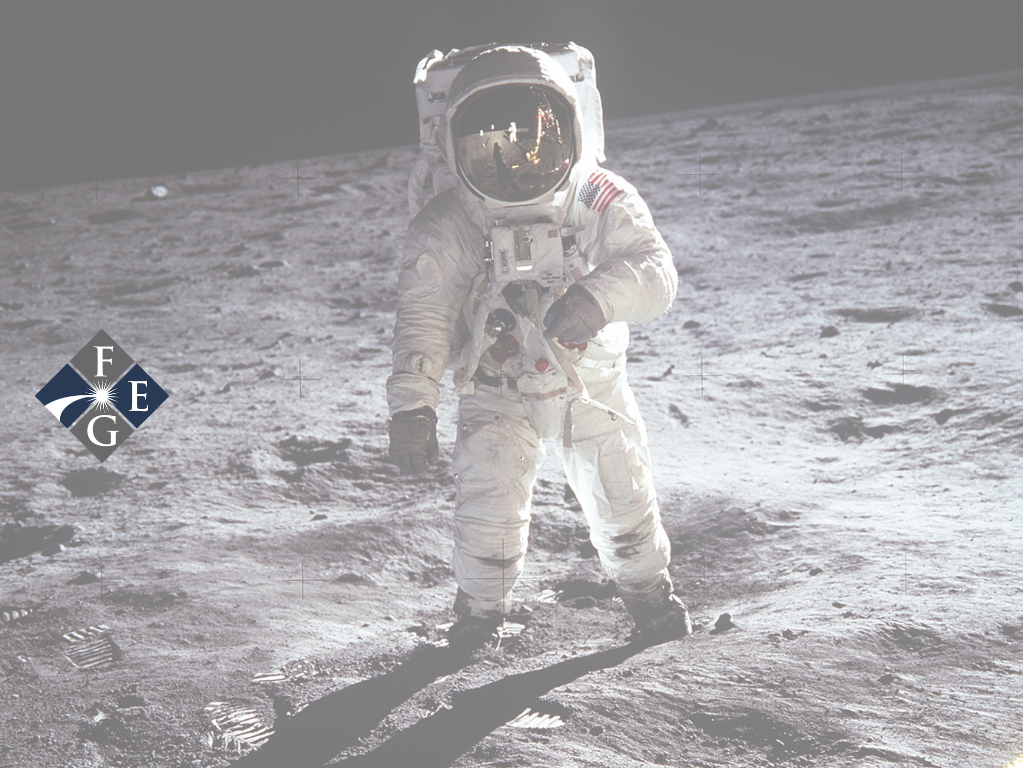 In the early morning of July 16, 1969, three men, Neil Armstrong, Michael Collins, and Edwin “Buzz” Aldrin sat in a tiny space capsule on top of the most powerful disposable rocket ever constructed, the mighty Saturn V.

These men were taking the ultimate leap of faith; they put their very lives in the hands of the designers who were able to envision every possible aspect of the mission, to accomplish a feat that had never ever been attempted. Engineers took those theories and designed rockets, capsules, lunar landing craft and everything imaginable. Mathematicians, (the ones that use symbols other than plus, minus, and equals) plotted the course to the moon and back that had to be perfect for if off by the width of a human hair would have sent them flying past their lunar orbit never to return.  Last, but certainly not the least were the women and men who labored tirelessly to create the very craft that would send them on their journey.

Yes, it was a journey, an idea born out of a need just a few years earlier, not unlike your own financial future.

You may not put retirement on the scale of the first manned mission to the moon but, is it any less important to you?

Neil, Buzz, and Michael could never have accomplished this feat on their own; they relied on the Designers, Engineers, Mathematicians and Construction Specialists to ensure that they landed on the moon and returned safely to the earth.  Are you designing the retirement you dreamed of?  Do you have what it takes to bring your golden years in for a safe landing?  Is it time to place your faith and trust in the hands of skilled professionals who will work with you and construct a specific plan to fit your individual needs?

Growing up in the sixties I dreamed of being an astronaut.  I read about every rocket test success and failure.  On the day of the moon landing I was lying on the floor in the living room of my aunt’s house near Romney, IN with my cousin’s beside me. We all watched that grainy black and white picture and listened to Armstrong speak the words our generation knows so well.  That’s one small step…………..

I have never sat on top of a rocket three hundred and sixty-three feet in the air with nine hundred forty-seven thousand gallons of highly explosive fuel below me, but I have helped families accomplish their financial mission.

With the right team, proper planning and one small step Your Life After Work dreams can come true.

PrevPreviousSeriously…how much should I be saving?
NextWhen Is The “Right” Time to Retire?Next